HE CAME BACK FROM THE DEAD! JAKUB HAS BEATEN STAGE 4 GLIOBLASTOMA BY USING OIL MADE FROM CANNABIS BUDS.

Home 2014 Grudzień HE CAME BACK FROM THE DEAD! JAKUB HAS BEATEN STAGE 4 GLIOBLASTOMA BY USING OIL MADE FROM CANNABIS BUDS. 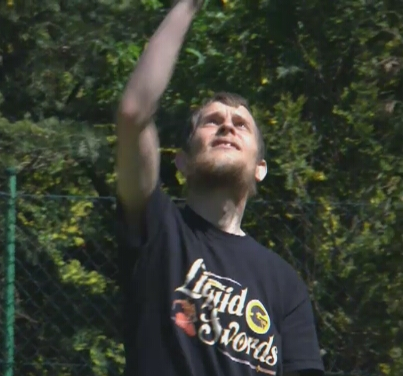 At present he’s a palliative medicine patient, but before that he was a 26 year old DJ and music activist, graffiti artist and freestyler, full of life and capable – Jakub Bartol.

He was wrongly diagnosed and at the beginning of 2012 it turned out he had brain cancer – second stage of oligodendroglioma, 6,3 cm big. Accompanied by his dad he went for a removal surgery to Germany. Unfortunately it grew back to almost 80% to over 4 cm and changed into the most malignant form of stage 4 oligodendroglioma multiforme. In April 2012 they got back to Wroclaw, so that Jakub could start chemotherapy. But by the end of June 2012 chemo was stopped by the doctor who said there was no chance chemo- or radiotherapy would work as there wasn’t a single case of recovery from this particular cancer in the conventional medicine! Jakub’s condition started to deteriorate fast and radically.

At the beginning of August his only parent decided to use some unconventional methods of therapy, which helped out with the horror and torment of post-chemo side effects! At the start of November they discovered the most effective treatment so far in stopping the cancer from growing – oil made from cannabis buds. Jakub was digesting a high CBD content oil from November till April 2013, gradually doubling the dose up to 1,5 g per day (3 x 12 drops), by then it was replaced by oil made by Rick Simpson’s method with a high THC content (92%). After three months he reached the extreme dosage of 25 drops 3 times a day (3 grams).

He was using only this oil as a medicine, putting aside all other conventional cancer treatment methods. Periodically he was on a proper diet based on fruit and vegetables, he was also given a mix of herbs to help fight the disease. Until the time he started with RSO Jakub was smoking spliffs and inhaling marihuana from the vaporizer (50-70 grams of high quality cannabis per week!) 10-12 grams a day didn’t make much difference aside from relieving the chemo side effects – pain, psychological well-being or appetite. Although his general condition was getting worse, we were quite sure the cancer was growing slower at that time.

After one and a half months of using the oil, on the 23rd of December 2013 the CT was taken and it has amazed both his dad and the doctors. It showed that the cancer’s growth and spread had been stopped! Being that at one point he was given three months to live! Oncologists have said that if he was to survive  to that moment it would have been a miracle. His condition was very bad, he had basically one foot in the grave. He had been helplessly lying in his bed, wasting away and immune to all medications, chemotherapy and conventional methods. Throughout the disease he was unable and couldn’t make a logical conversation. Depending on the weather he would run amuck and was very difficult to calm down which was due to the tumour putting pressure on the nerve tissue.

Since the tumour had stopped growing we could see the life coming back to Jakub, month after month. He started doing everyday basic activities, getting his logic back, his memory, sight and teeth were improving, not to mention his appetite, energy and weight. Day by day he was getting more and more independent. We could see his exterior physic changing every day which proved the cancer’s remission while he was also being regularly checked out by the doctor.

Those photos taken in October 2014 show the dark area where the tumour used to be and the absence of the tumour itself. The area is shrinking (since the tumour disappeared it’s 4 mm smaller than before) and the oil is regenerating even more neurons. We can’t say yet that Jakub has recovered, because there’s a long way ahead of him, but we’re confident to say the biggest threat is over now! We strongly believe he’s only going to get better.

It’s impossible to describe what Jakub and his father were or are still going through. They’re the only ones to know how different it feels. We’re just happy to be a part of Jakub’s recovery, to have our share in the story. Thanks to few people’s determination a young man is back from the dead to be here with us. It’s hard to express how happy and content we are! We’re hoping that other doctors will be inspired by this story and get interested in using this treatment on their patients and then help our politicians to change the absurd legislation in our country!
And no! This is not a gateway for drugs as the society is often told.

According to the Constitutional Court’s suggestion, it is essential to share and provide the most effective and the safest medicine in the world to the ones that require it most. We’ve had enough of the bureaucracy with us asking and begging the politicians to think logically. There have been enough arguments, differences of opinions and name calling in the media. Now is the time for a serious debate and to implement changes – patients are suffering and they can’t wait a day longer!
Here are some of the actual results showing the healing effects that cannabinoids have on brain cancers:

Facebook Kristina Marie Clark – RSO patient who was the first person to announce that the cannabis oil cured her glioblastoma.
Jakub Gajewski 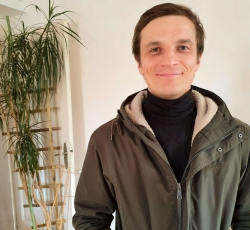